Our backyard: a brief history

Whoever said "dirt don't hurt" never had to move a ton of the stuff using only a shovel and wheelbarrow. That's what I spent the last several weeks doing, slowly transferring it into our backyard, where I plan on using the dirt to fill in all the uneven spots in the ground. Apologies to our neighbors that had to deal with a small mountain of topsoil in our front yard for longer than necessary...it took us longer than it should have to move the dirt because we have a baby and we kept leaving town on the weekends. The plan is to eventually level out the backyard and lay down some pea gravel and pavers.

Our backyard wasn't always such an ugly and dusty dirty lot though. In fact, it was verdant and inviting when we first looked at the house, long before the California drought was something that affected our everyday lives. The drought has heavily influenced our landscaping decisions. I once had a very prolific vegetable garden along the left side of the yard for a few seasons, but now I feel guilty even watering my succulents once a month. The bright green sod which first filled our backyard has long since disappeared to make way for some water-wise hardscaping and the addition of a Modern Shed.

Thinking about what our backyard will eventually look like has reminded me of what it has looked like over the years. Take a little trip down memory lane with me, won't you? Here it is in pictures since we first looked at it back in early 2012: 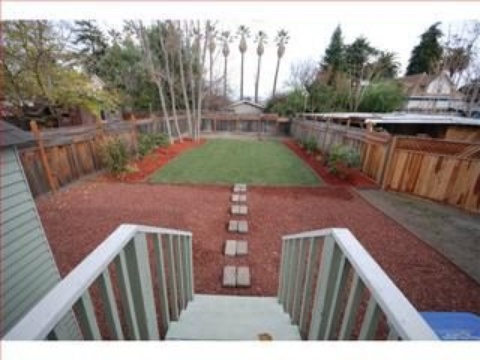 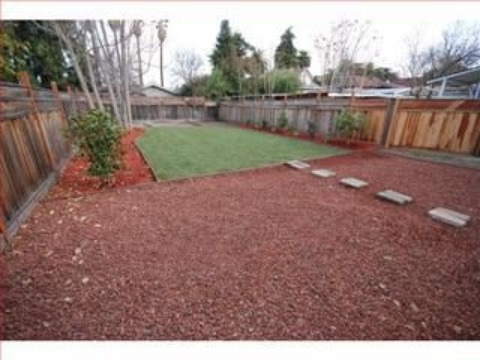 These photos above were on the real estate agent's listing of our house when we were house-hunting back in 2012. It was just some basic DIY landscaping, but it was tidy and new. I remember the camellia bushes that were planted all around the green lawn still had the tags on them from Home Depot.

Our large yard definitely enticed us into buying the house—among other features, obviously. The dogs had never had a yard of their own and it turns out having a backyard was something we never knew we really wanted in a home. 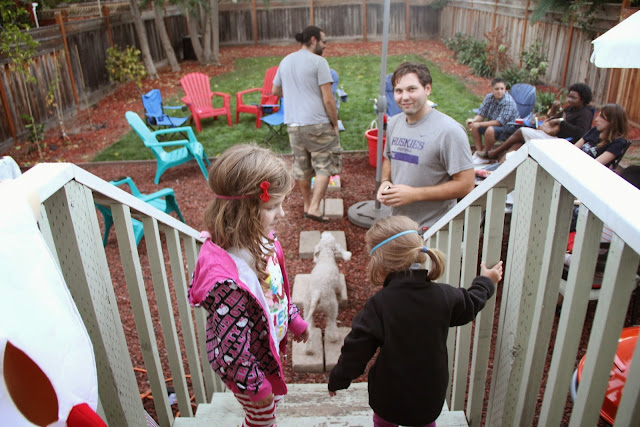 Here's a photo of the backyard from a birthday party of mine several years ago. Notice the lava rock and tanbark back there. All the landscaping was still in pretty good shape at this point. This was right before we had some serious rain which made us realize there was a large hole in the backyard (I think there used to be a pool under the sod, Jeff thinks it was just some sort of hole for burying garbage). The back third of the yard sunk about a foot deeper than the rest of the yard! 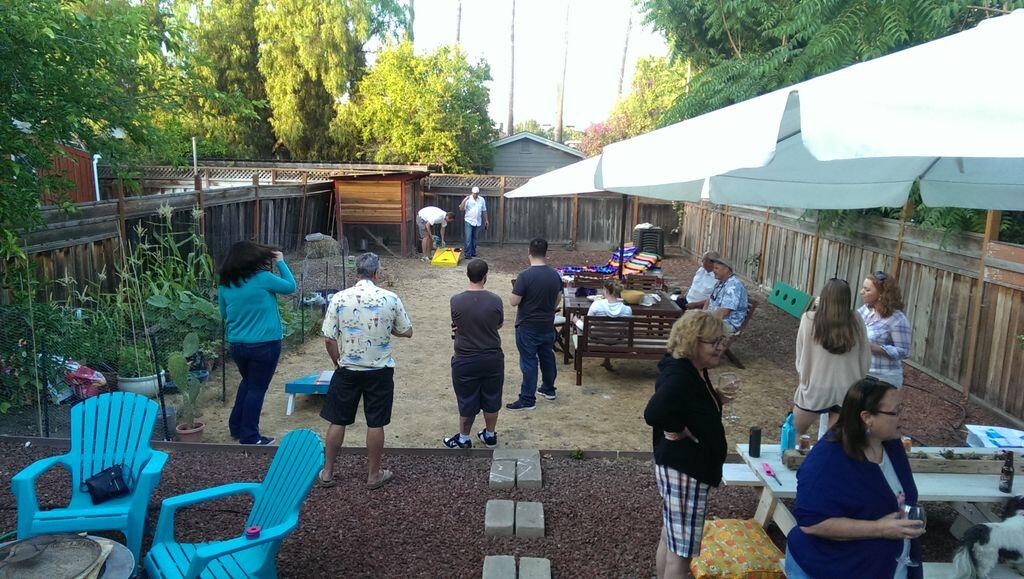 Here's a photo from two summers ago. Notice the very dead grass. You can see my veggie garden on the side there, and you can see our chicken coop. The trees on the left side of the yard were also removed, because it turns out they were actually large weeds! This ugly tree, called the Tree of Heaven (I prefer "ghetto palm"), grows rampant around here. Our neighbor has so much of it growing in her yard that it's beginning to compromise our fence. 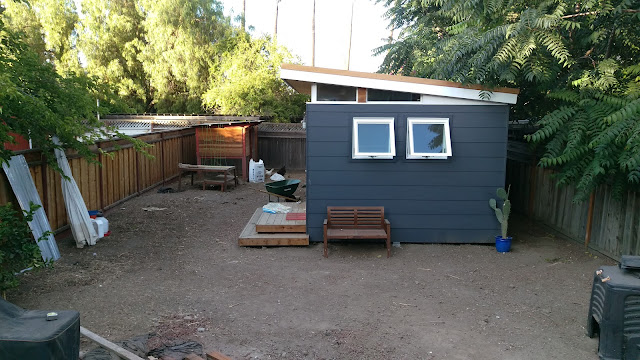 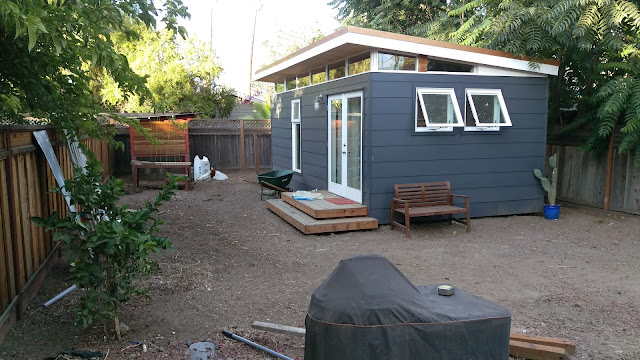 And here is where we're at right now. I've brought in the ton of dirt to fill in all the dips and holes made from installing the Shed, and I got rid of all the lava rock (which should be illegal...that stuff is so hard to remove once it starts breaking down!). Can't wait to see the "after" photos, which will hopefully happen in the next month or so.
Labels: backyard drought Hensley house landscaping San Jose

Welcome to the neighborhood.

I'm Flora. I'm a San Jose native and Hensley neighborhood resident. This is my space to share the things I love (and occasionally loathe) about my home and hometown.